In February 2012 I had an idea for a quilt and started out making ‘Rainbow Monkeys’. I had no idea what I was doing, but I really liked the quilt. I used a computer to figure out the colours: 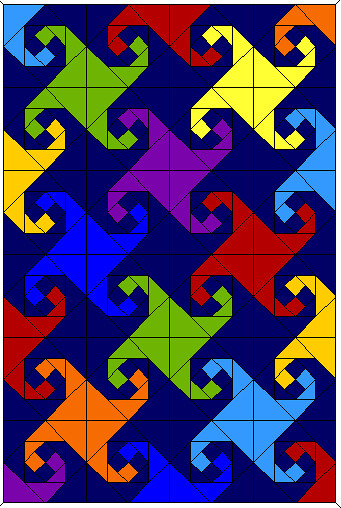 But I had no idea how to actually execute it. I basically started with the 4 middle blocks in dimensions that made sense to me, drew the others around them, then cut the other pieces out to use as templates for cutting fabric! 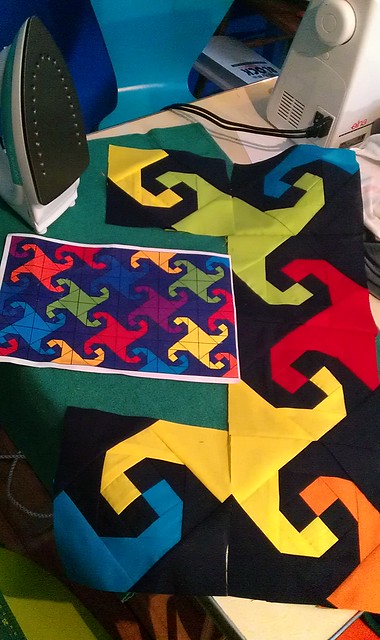 A year later, and in the new house, I made some more progress. 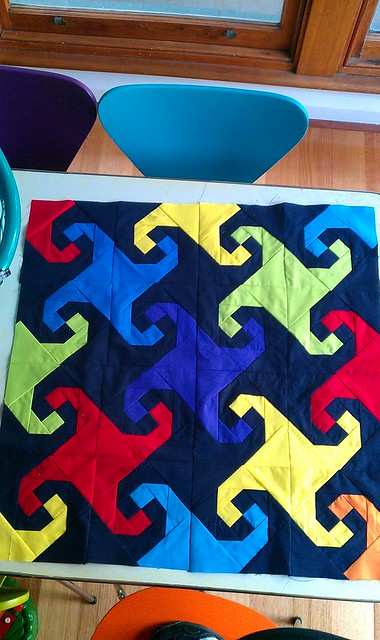 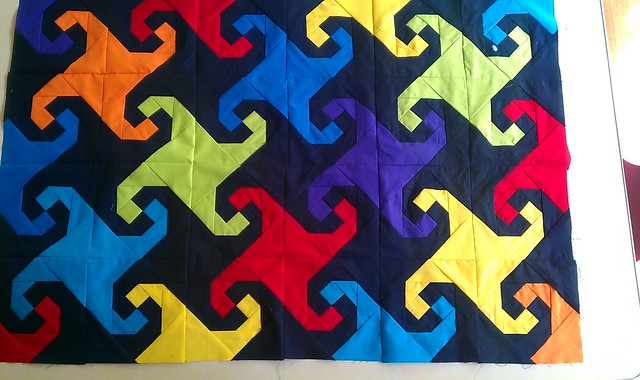 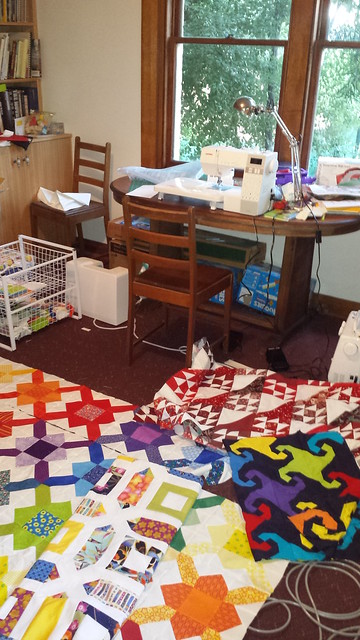 Part of the reason it stayed a work in progress for so long was that I LOVED it. When I started it, Sparky was only 5 months old. It was really hard to work on in the old house where I sewed on the dining room table, so I had to pack up or we had nowhere to eat. Once I’d finished it in the new house, I couldn’t decide if it was finished. I really liked it, and Sparky liked it, so I thought maybe I should make it bigger! But part of the reason against that is I’ve learned so much more since I started it. You would really see a difference in the quilting. That’s good – but might look a bit bad in the finished quilt – or at least detract from it. I’ve been thinking of quilting it as a small practice quilt.

I think this is something I should take some time out for. I plunged into quilting not knowing what I was doing or how to do it, making my own mistakes instead of bothering someone with questions. Also I used to have access to a gigantic quilting machine, so I didn’t take any time to learn to sew on my domestic machine. It is time I did – and time I go easy on myself and start small. I’m certain it’s something that takes time, which I don’t usually give to myself. I should – give myself the gift of time to learn.

Late this morning my husband took the boy out for a place, so I spontaneously decided to finish this quilt off! No over think it, just finish it off. 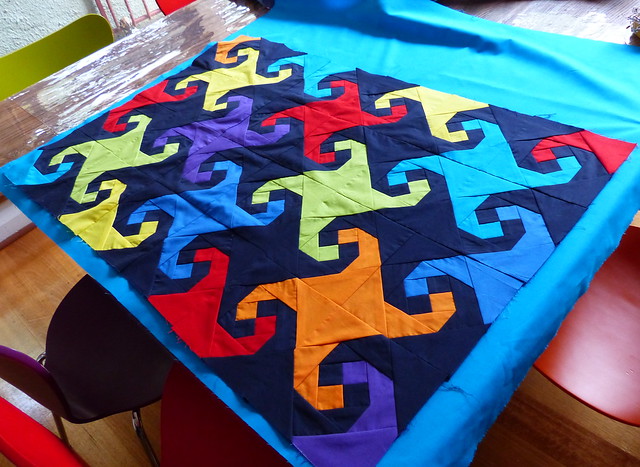 I’ve kinda parked the idea of making this quilt larger; I’d like to made it again someday. And I think I could make it better, so that frees me to consider this a practice. So, meh, I didn’t mind using up bits and pieces of batting. 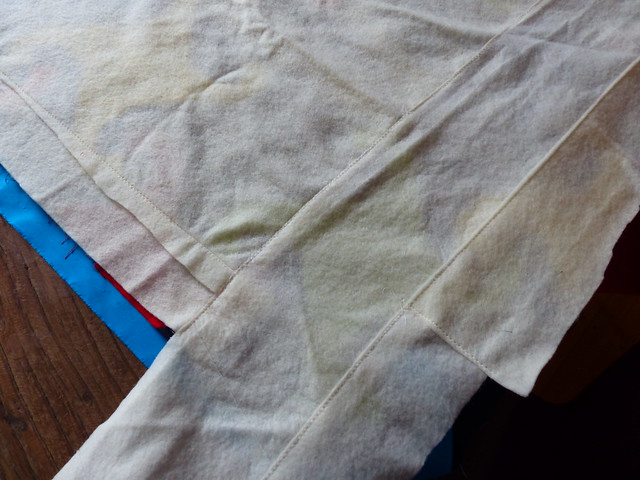 I decided to try to do spiral quilting again. 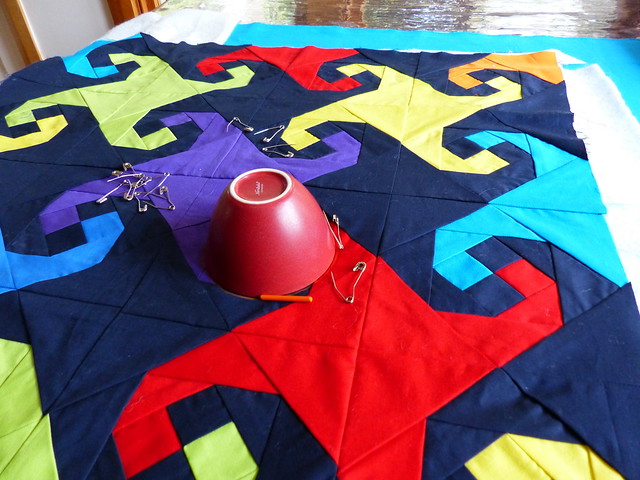 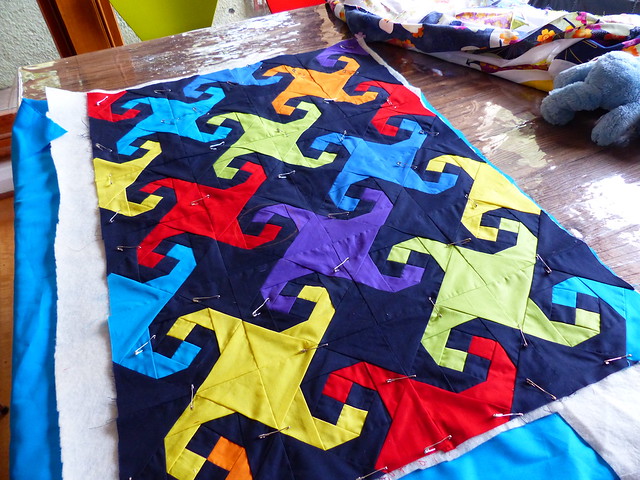 I’d gotten some rather lovely rainbow thread, so decided to use that. 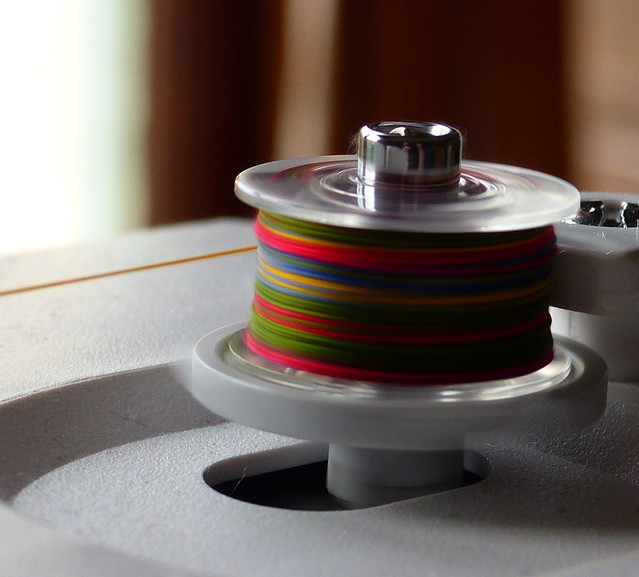 After doing the spiral, I decided to put a heart in the centre. I’ve gotten a free motion thingsy – but I’ve been scared to try it. The first side of the heart (right) didn’t go so well, but after that I turned the machine’s speed down and thr right side went much better. Not perfect, but I’m happy to have given myself the experience. 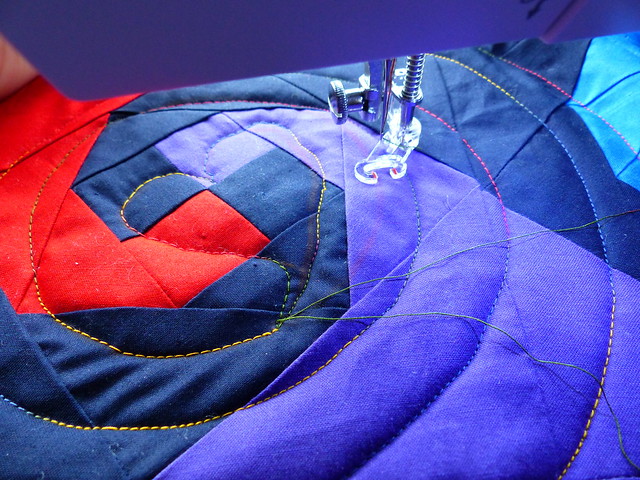 I even got the bindings onto the front of the quilt, but I didn’t get a photos. So all that’s left to do is hand sew the bindings down to the back!