A good friend commented on a photo of the mystery quilt I was working on to ask when I was making her a quilt. She’s not just a ‘good friend’: she’s been a friend through some difficult times. She’s been my friend when I’ve probably been pretty impossible person be be a friend with. But she’s crazy enough to have stuck with me, and I appreciate it more than I could tell her. So I made her a quilt.

She wouldn’t give many any ideas of what she’d like other than bright colours and no pink. I had a billion different ideas, and narrowed them down to 2. I finally settled on using the purse strings block developed by My Quilt Infatuation.  (I’d still kinda like to try the other idea; I will some day.)

I decided to use 6 rainbow colours: purple, blue, green, yellow, orange, and red. I decided to use lots of different fabrics just to make my life more difficult. I didn’t know if I’d put the colour blocks around randomly or what, but in the end they wound up in a diagonal rainbow.

You can see all the photos as it was developed here if you are interested. Here are a few progress photos. 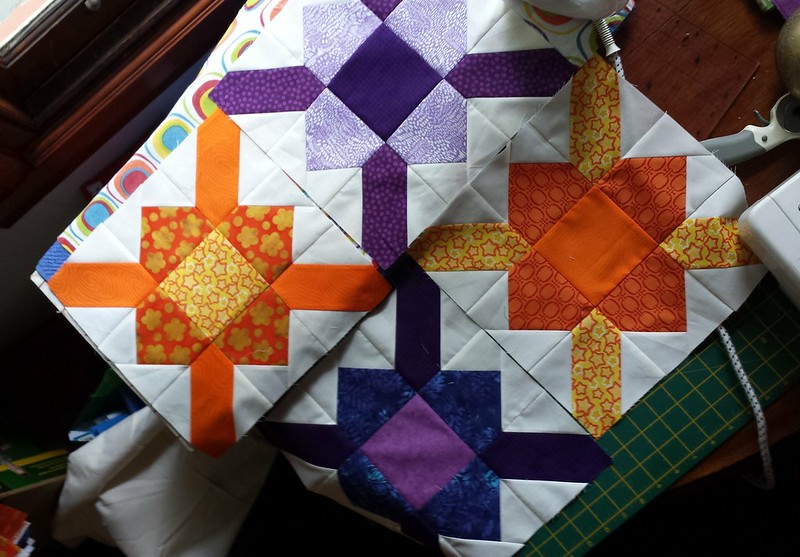 Playing with layouts as I went: 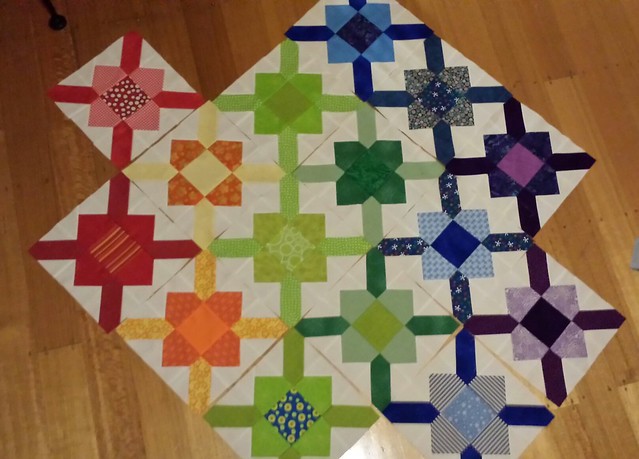 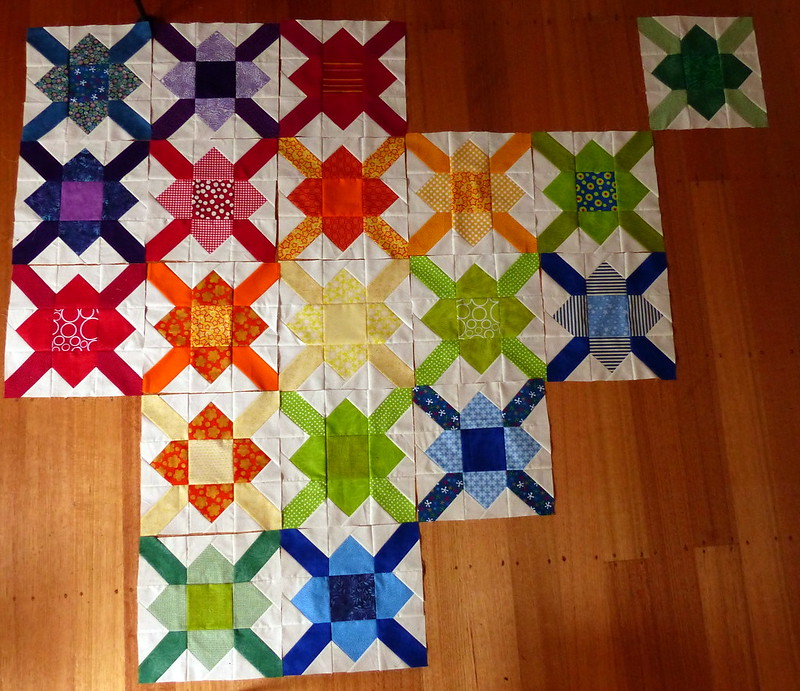 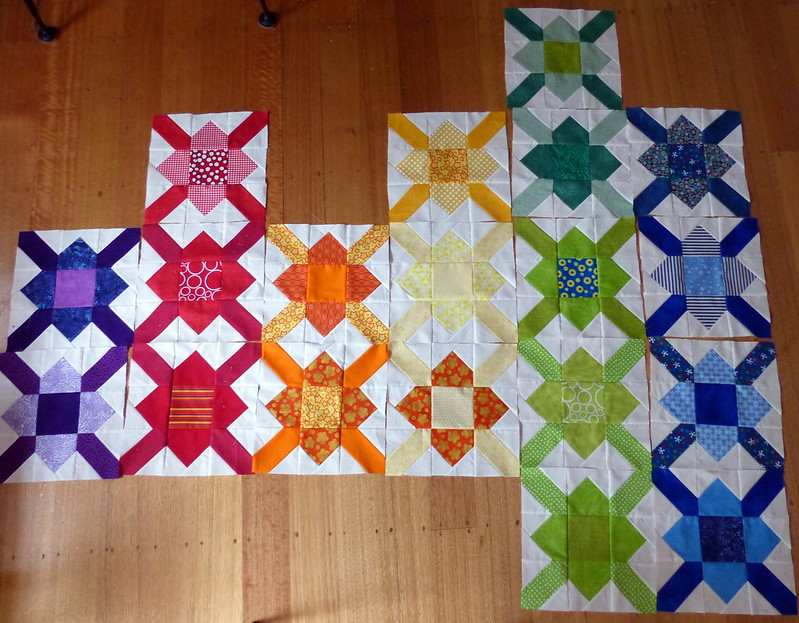 Trying to decided if I should do a border or another row (I did another row). 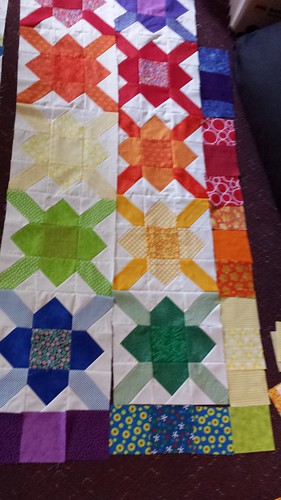 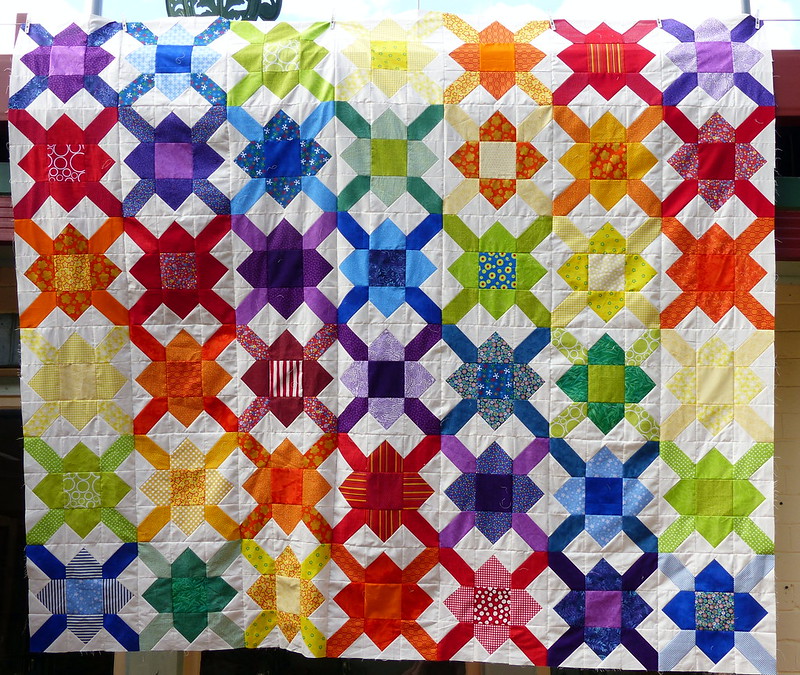 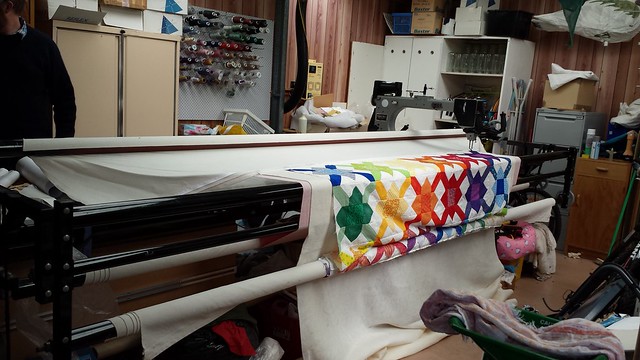 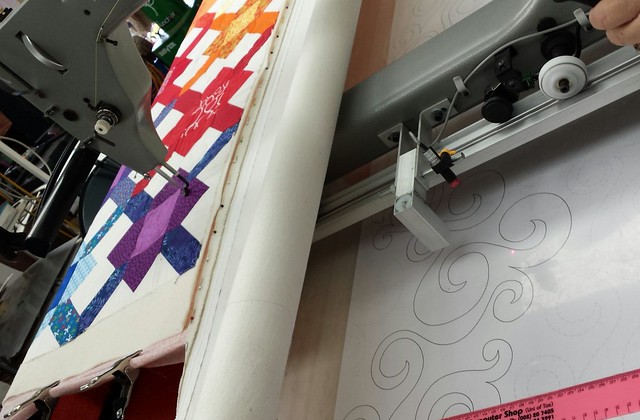 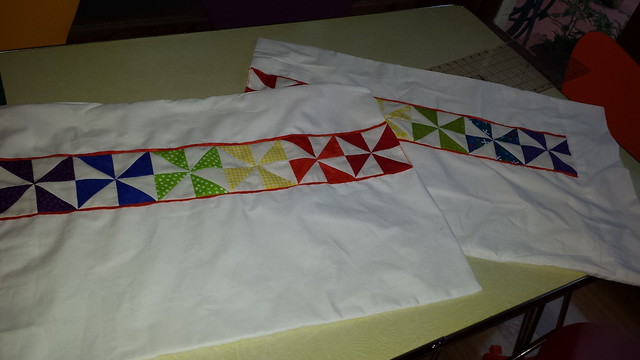 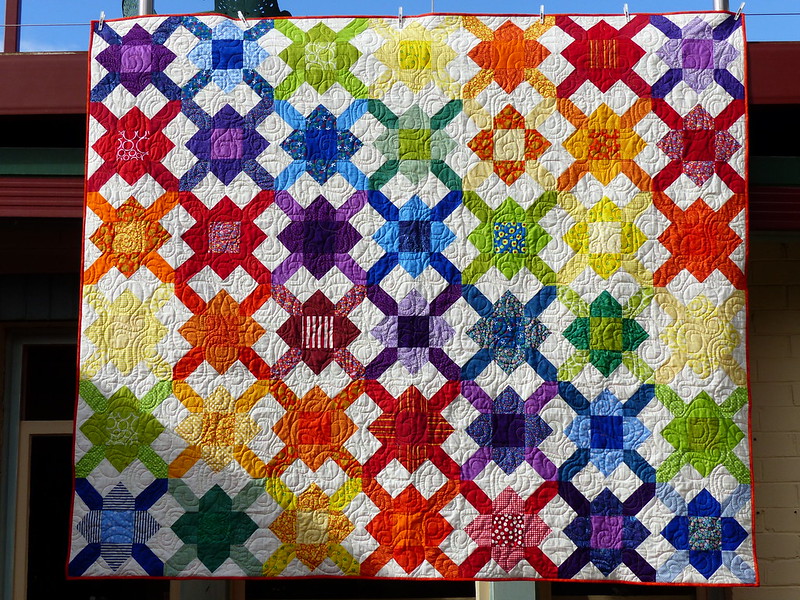 The backing. I loath orange, and my friend always gives me shit for it. So I always had to do the backing and binding in orange. 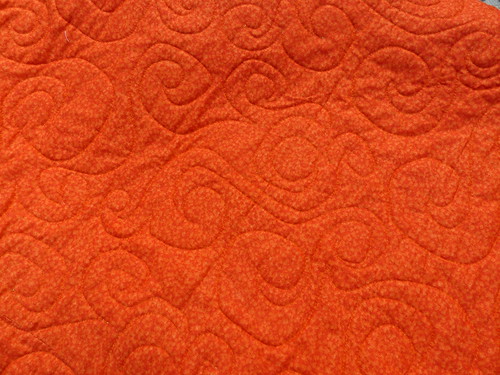 It is quilted with ‘citrus’, which is yellow, green, and orange thread, and orange on the verso. 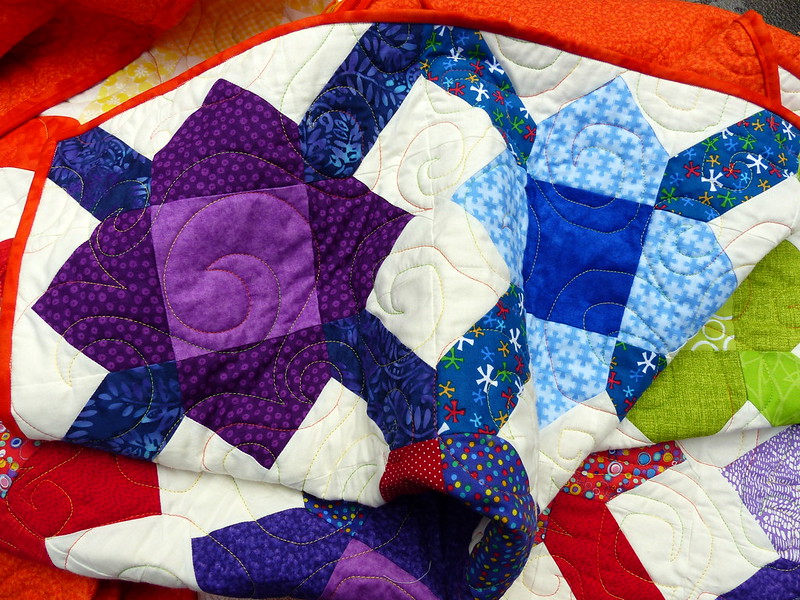