I’m working on a lap quilt for my mum.  It’s not been coming together well at all!  I know what block I want to use – a heart block that looks like Swedish hearts we used to make for the Christmas tree.  I was going to use bright rainbow colours on a white background, however my husband knows my mum likes Japanese fabrics so thought using some of my red and blue Japanese fabrics would be nice.

Here are the first blocks; I didn’t feel they were quite right from the start: 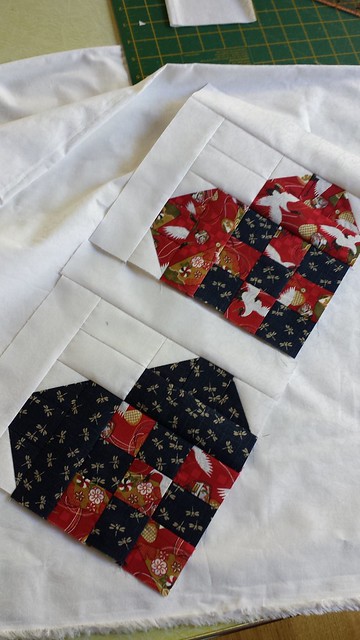 I wasn’t understanding what was wrong but knew it was the contrast within  the block.  My friend Cathy told me a good way to see this; looking at them in black and white reveals what was wrong: 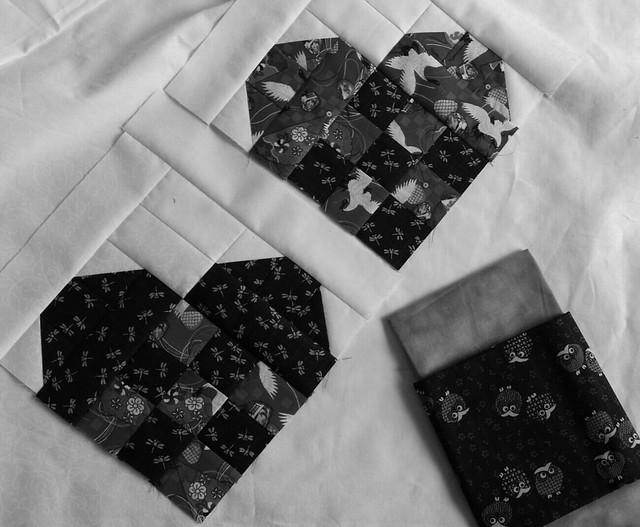 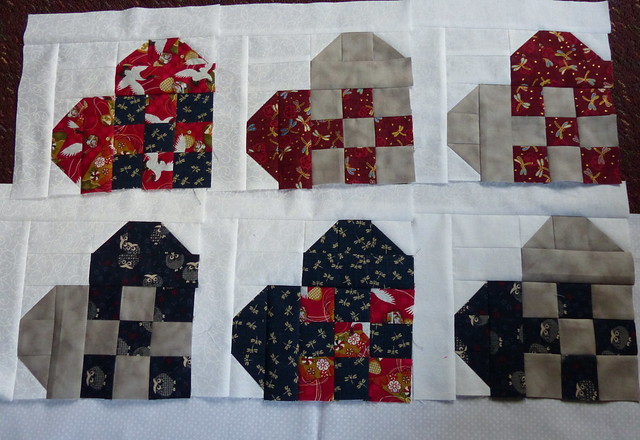 This helped a bit, but still didn’t feel right. I attempted to add some more colour: 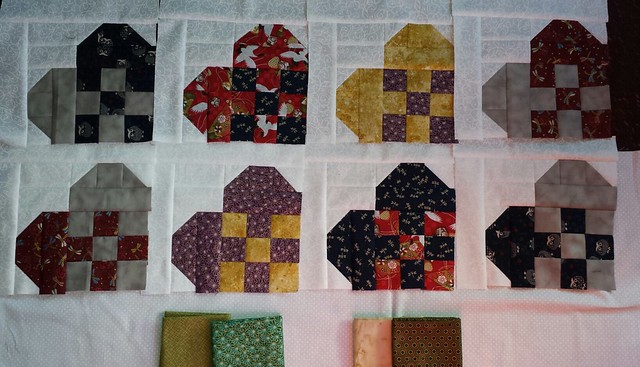 (BTW I didn’t realise until today that there was something else wrong with half the blocks above; can you spot it?)

Although I liked the blocks, I didn’t like them with the other blocks. So I decided to try playing with just the red and blues, but this time with slight metallic fabrics: 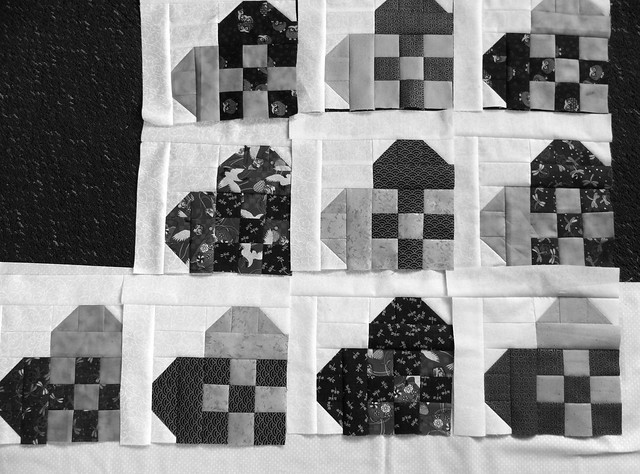 Hearts Blocks – black and white to check the contrast 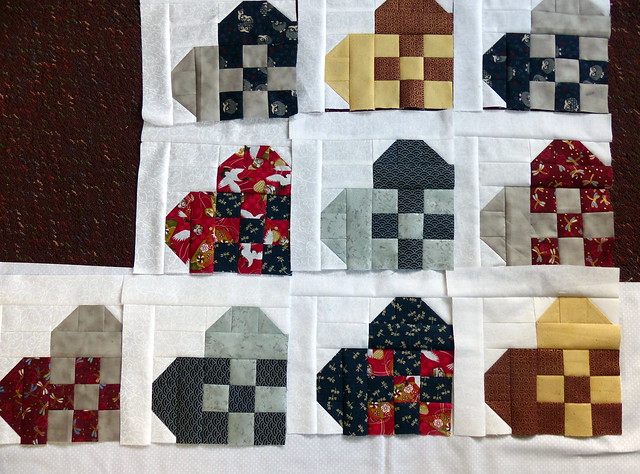 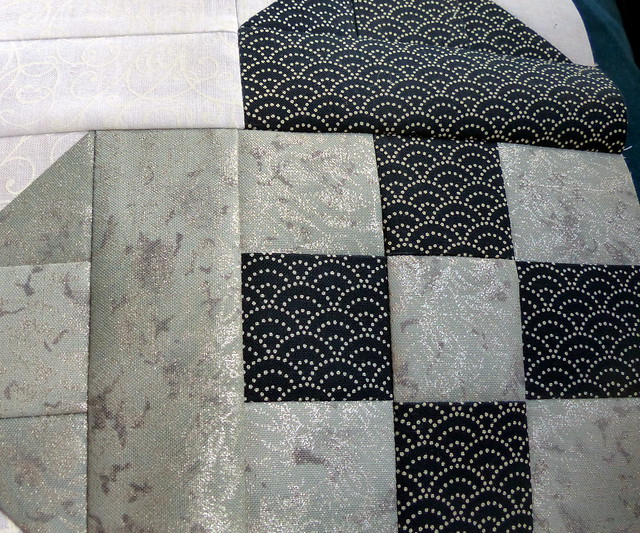 Hearts Blocks – detail with a hint of silver 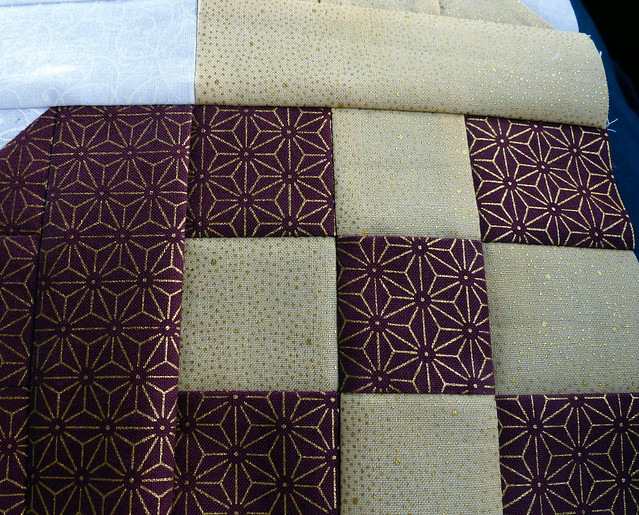 Hearts Blocks – detail with a hint of gold 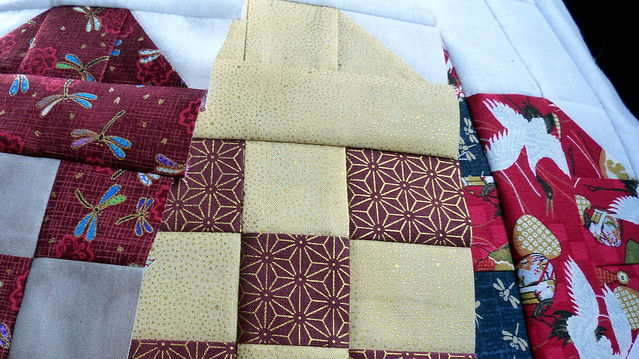 I think these reds would look lovely with the gold. So what to do? Where to go? Keep going with reds and blues? Do it just red/gold or just blue/silver and grey? Do something else entirely?! Grow a beard and go into hiding?!