I’ve already mentioned the quilt I’ve been working on since I did the curves class last Saturday. I’ve completed more ‘petals’ since this photo was taken, but it gives you and idea of where it is going. 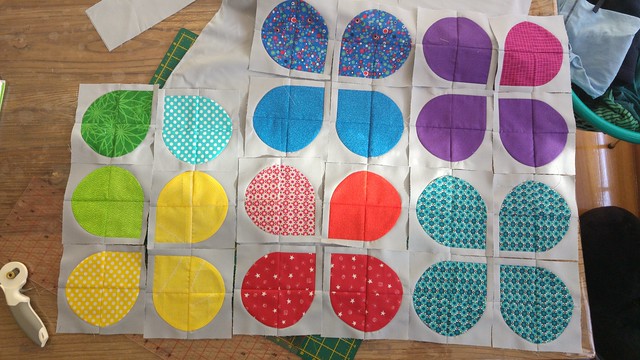 I knew learning how to piece curves that would then sit flat on a quilt would be tricky. The first few I did really felt awkward. It took several pieces for me to get a feel for it. At first I was SO uncomfortable!

However I didn’t realise that sewing the curves wouldn’t be the major effort for this quilt. There is a LOT of cutting. Cutting the pieces to create the blocks to make up petals, but then after the bright fabric and grey are joined either with a curve or straight borders, each block must then be re-trimmed. Usually I love that sort of precision work, however I’m still ill – and keep making mistakes. Eek. 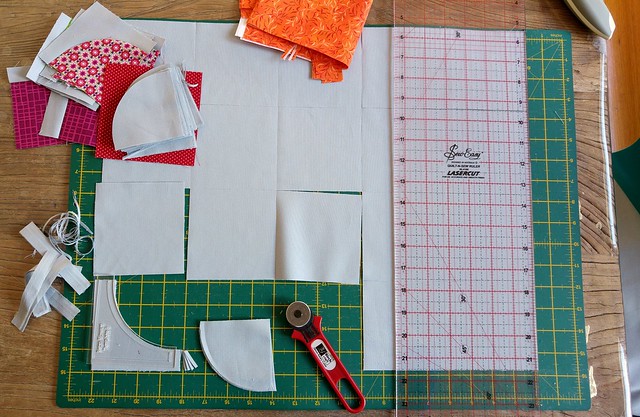 Some of the mistakes mean I just plain need to redo the block (like mistakes trimming blocks when tired and sick), but there’s others where I don’t know what to do! I was being so careful of the few blocks with pattern that they at least went in the same direction, but in my sick addle minded stupidity I paid attention not to change the direction when piecing the rounded blocks – but changed every single one of the curved blocked joined to a square block. And I didn’t realise I was doing this until today.

Oh dear. To unpick or not to unpick? 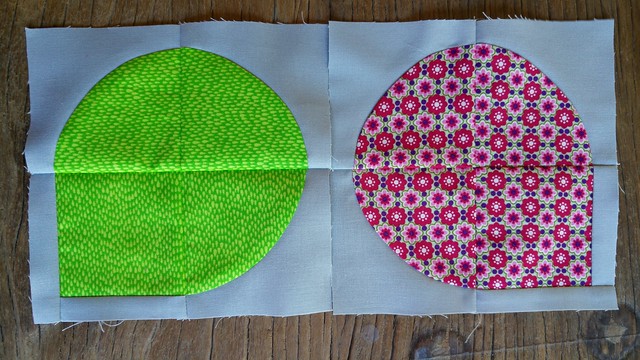