I have had a bit of a mental block for the past few weeks. I tried to cure it by knitting and doing other quilt projects. I actually think it was easier to do 3 blocks at once. If you only have one, you can overthink it. And I’m already good at overthinking!

So this afternoon I was able to get blocks 5, 6, and 7 of Project 48 started and FINISHED. They are all part of the half square triangle month. I LOVE half square triangles. I spent several hours in the middle of the day fabric shopping and lunching with a friend. I had a fabulous time – she’s an awesome friend – plus I got some lovely new fabrics. One really made sense for the idea I’d had for block 5 as soon as it had been published. 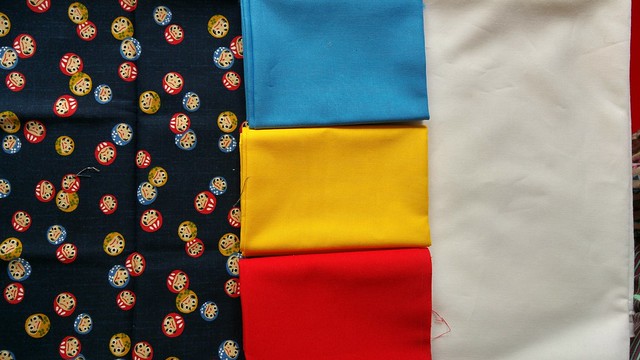 I tossed around the idea of adding white, and asked my friend as well, but in the end didn’t. I think it was the right choice. (The colours aren’t great in this photo.) 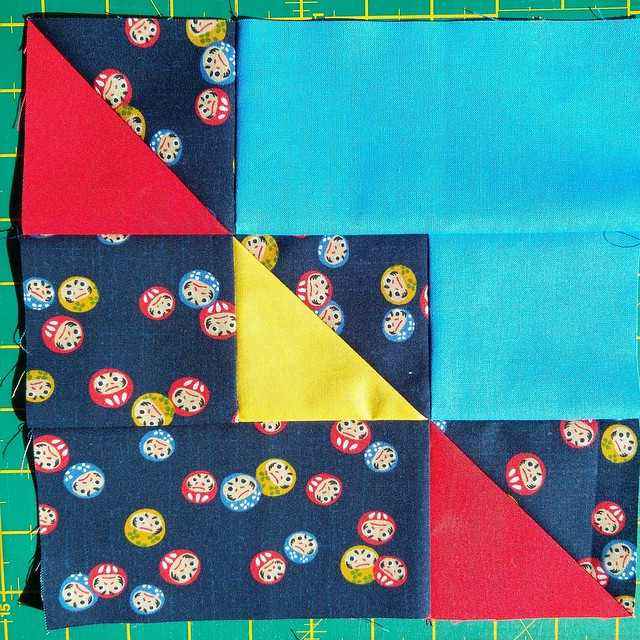 I don’t have any green blocks yet, so decided I’d do block 6 in green. I think I need more green in my stash – but also didn’t think I should delay doing it any longer. I actually did it last. The green is a little brighter than this photo shows, but it’s not as bright as I would have liked. But it’s DONE. 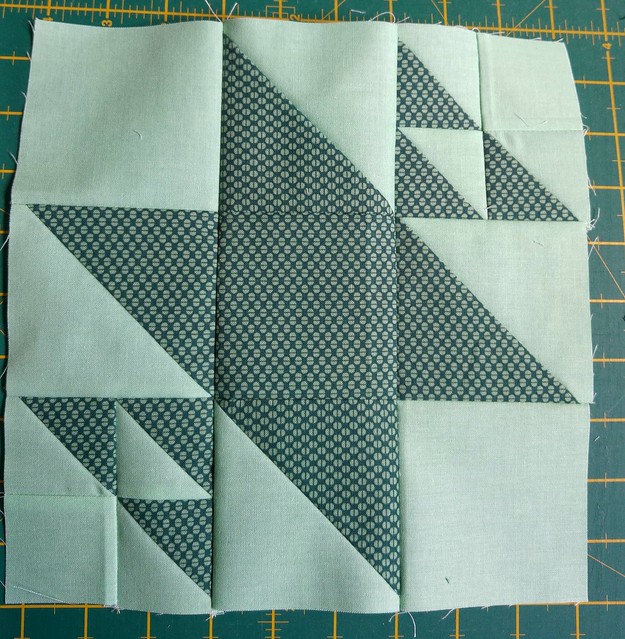 It’s not perfect – However it’s done! I really liked the designer – Alyce from Blossom Heart Quilts. She loves half square triangles too! I like that she had pressing instructions in her instructions (although I didn’t agree with them as I felt they hid the points – unless I misinterpreted them).

Block 7 was quite quick and relatively painless, despite being wonky. I’m not keen on wonky – but I could think about the non-wonky parts. 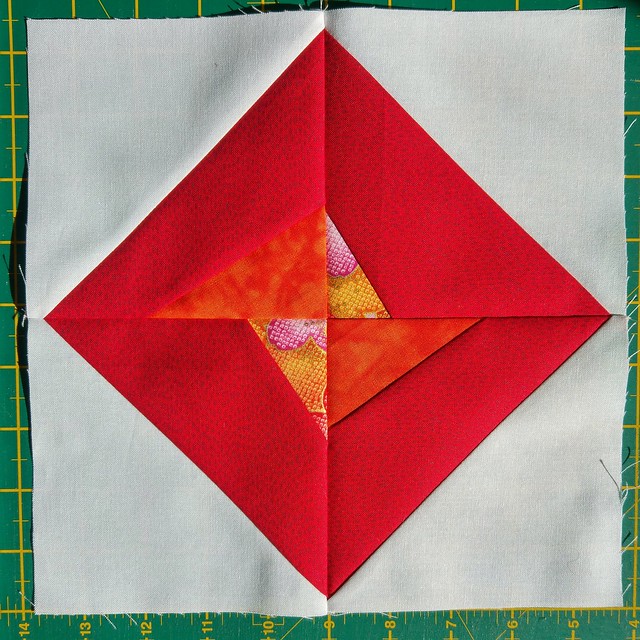 This entry was posted in Project 48. Bookmark the permalink.