Still on this month’s 9-patch theme, this week’s Project 48 block is a wonky design. Oh dear. The phrase ‘No measuring allowed you guys!’ set me into a panic! That’s not me. Not me at all.

The previous 2 blocks I had finished by 10 or 10:30 am the morning they were published. With this one, I kept finding other things to do. I started knitting some owl mittens. I read to my son. I even cleaned the kitchen and put away the clean laundry! I even contemplated trying to organise my stash by colour, however my son wanted to help. Nooooo. 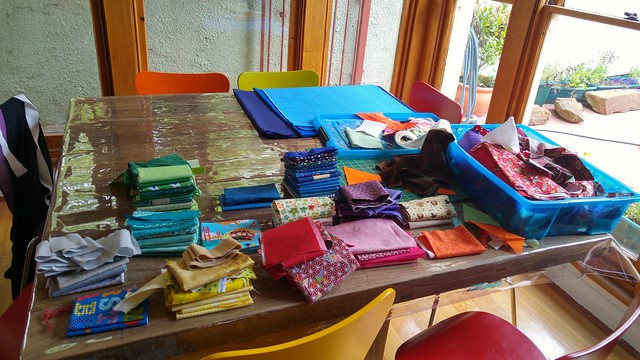 While I was going through fabrics, I saw I had 2 x 4.5 inch orange blocks. Hmm. Several people who had already done their wonky block found they had to re-do it as they’d cut it too wonky and couldn’t get a 9.5 inch block out of it. Then I found 5 inch charm squares, and there were several orange squares. Fine – I’d just choose a random 9 squares. They were all ‘too big’, so my planning brain didn’t have to worry about cutting it and not being able to make a large enough block. 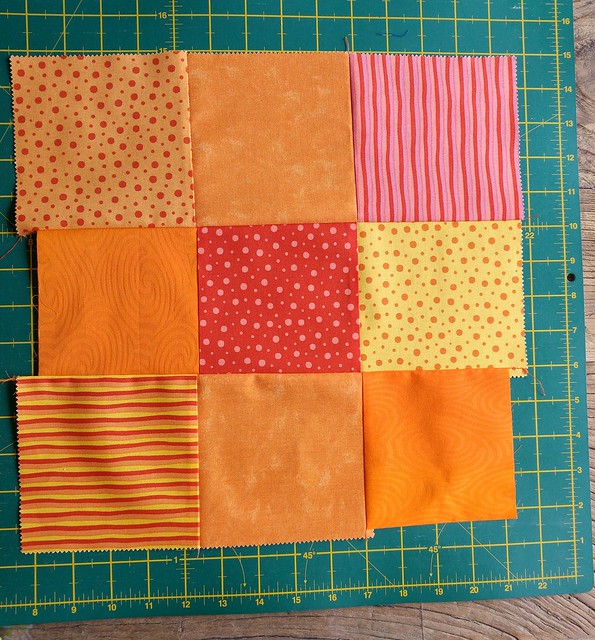 I tried to be quite free when slicing them up. After putting the first 2 sets of ‘quarters’ together, I trimmed a bit. 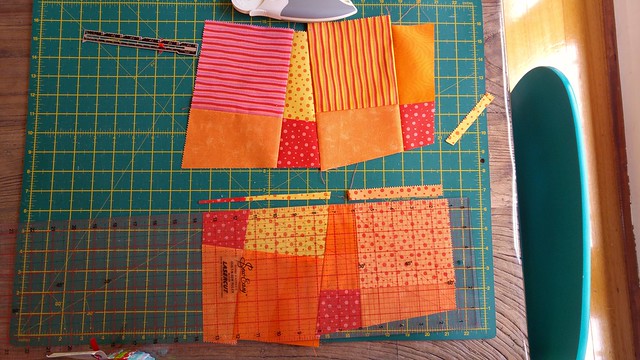 Once I had the block ready to be trimmed down to 9.5 inches, I almost measured 4.75 inches from the middle seam – but then that just seemed wrong. I checked, and my block was certainly large enough that I could trim it wonky. 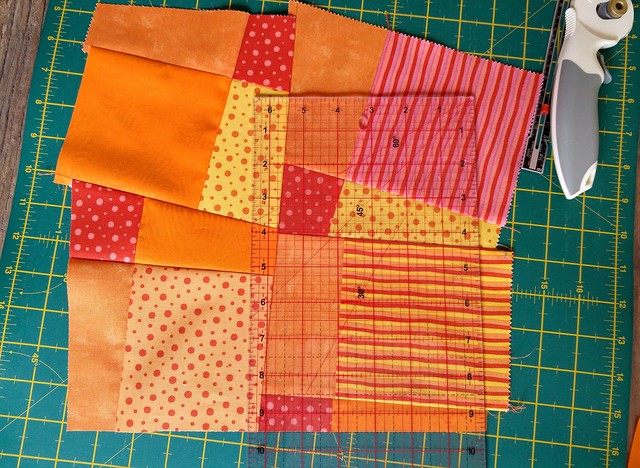 My block was certainly large enough! Maybe too large. In trimming it down I trimmed whole patches of fabric off, but I have a 9.5 square. 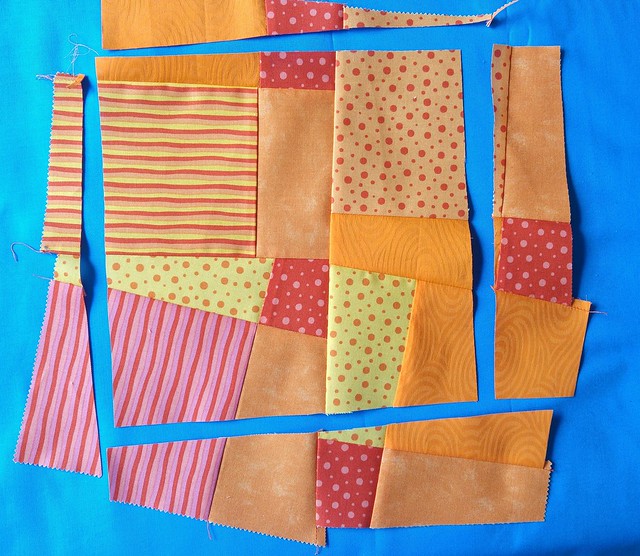 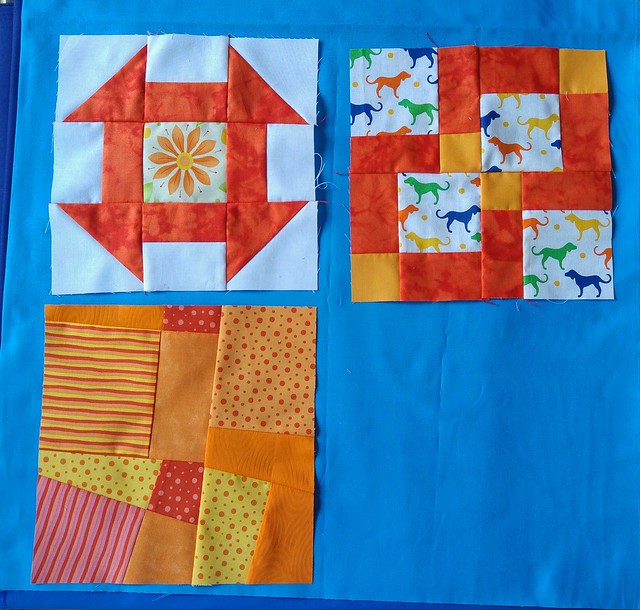