I’m determined to finish a few WIPs. For example, this quilt has just been waiting for borders since August 2013!!! 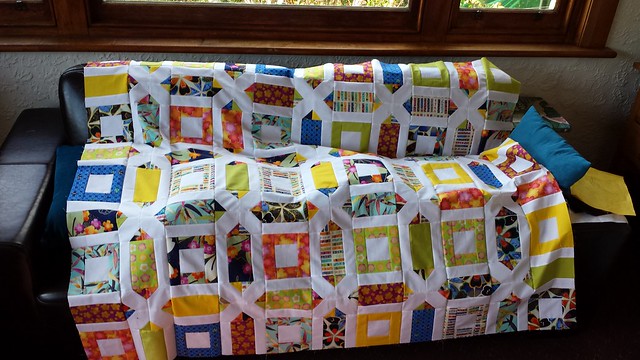 I’ve even had the fabric for the inner borders (white) cut. They’re SOMEWHERE in my sewing room. And I have the fabric for the outer borders. So I needed something for the bindings and backing. I’m really pleased with what I found at Frangipani Fabrics. 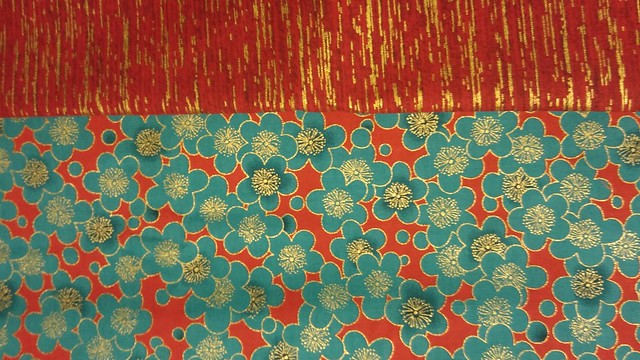 In the interests of getting things finished, I’d considered and decided against making my Retro Flowers quilt larger, i.e. doing 25 flowers rather than the 16 I had originally planned. I almost have all 16 flowers finished. 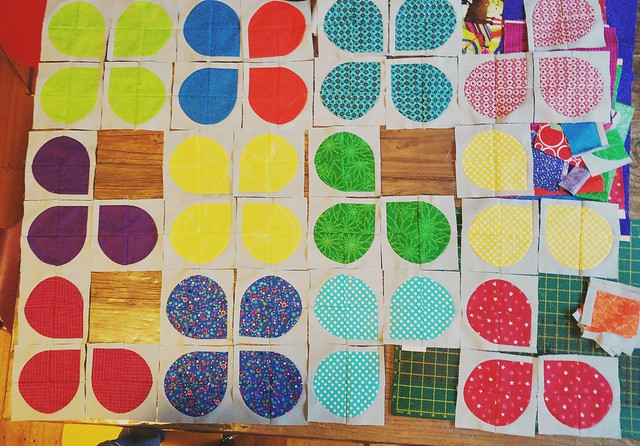 But then when I buying the backing and binding, somehow I also bought these: 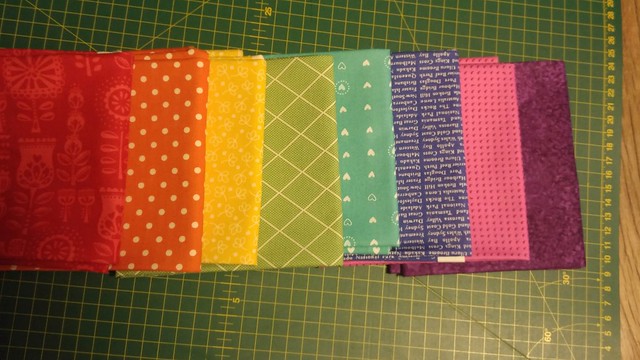 This entry was posted in Sunday Stash. Bookmark the permalink.