I’m not certain what inspired me to do it, but the first quilt I ever made was for a friend who was having a baby. In fact, she was due the day after I was due, however my bub was born too early. So making something that took time felt like my way of telling her it was OK. I do remember that I saw quilt on a bub’s pram near the Hobart library and thought ‘I could do that’. And so it started. . .with this: 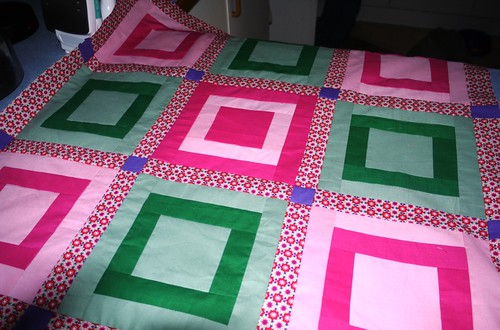 I had a friend who was a professional quilter, so I wasn’t going to call what I did a ‘quilt’ as it was so far removed from what she did. 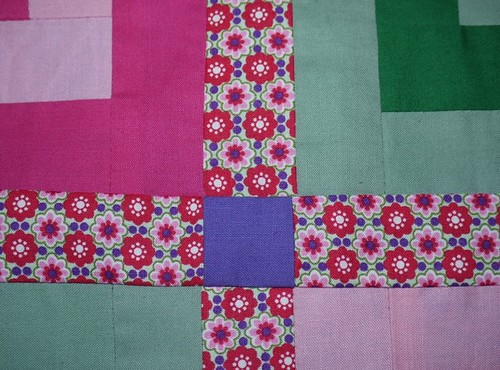 I’d do so much differently now, but that’s what starting out is like. 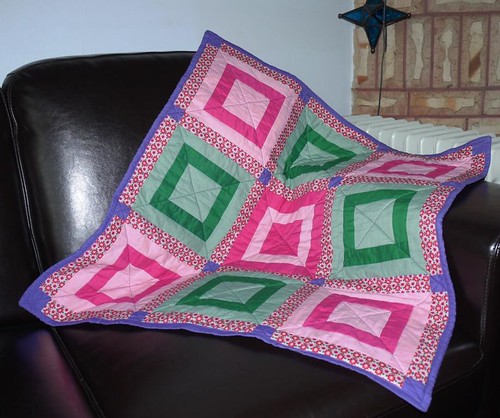 I’d (obviously) had no instruction and just made it up as I went. 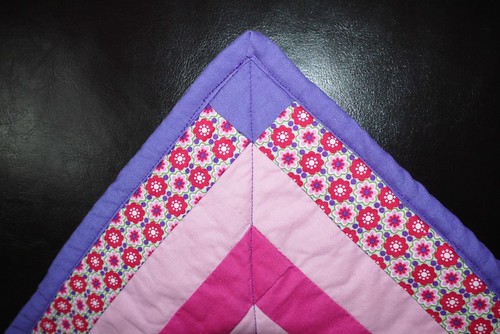 I seem to remember the binding was just single layer with the edged folded in – I tried (often unsuccessfully) to catch both sides at once. Sigh. 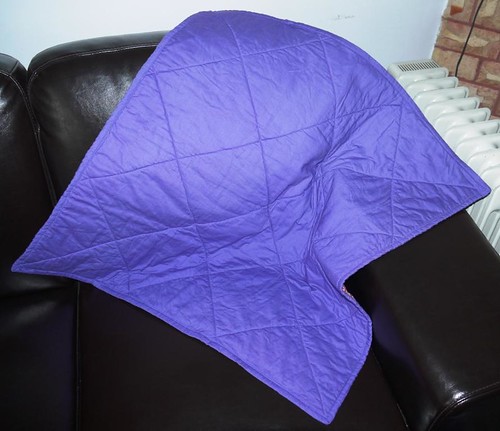